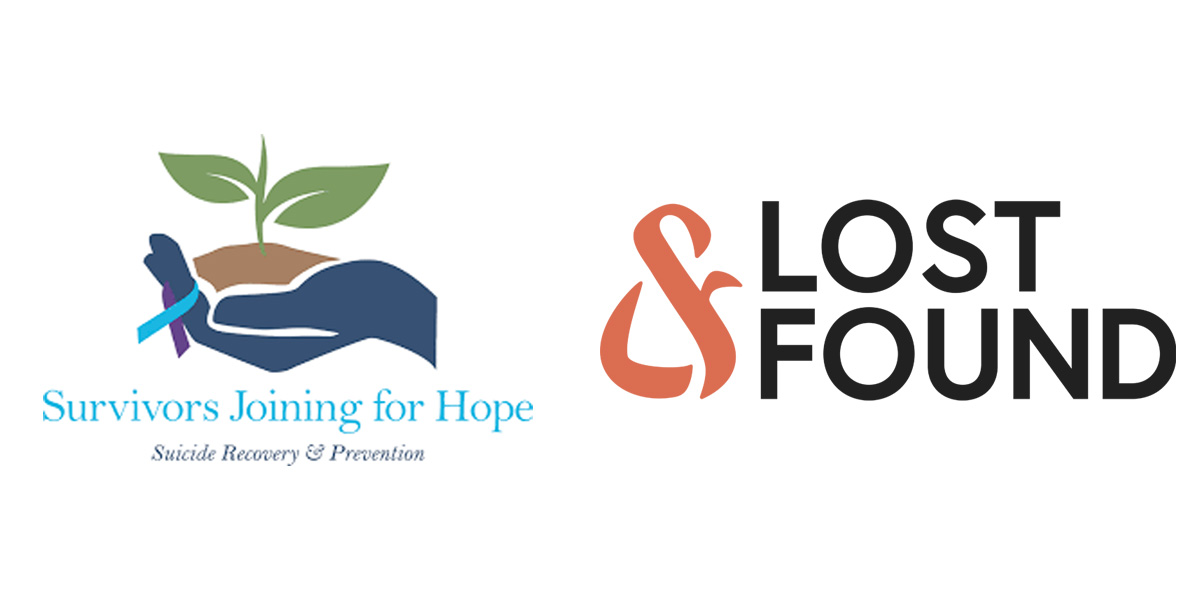 Survivors Joining for Hope, a nonprofit that provides financial support to families that have suffered a suicide loss, will cease to be an independent organization on August 1, but its work and its name will continue as a department of the suicide prevention organization Lost&Found.

The board of Survivors Joining for Hope (SJ4H) voted on June 20 to dissolve the organization and pass its assets, as well as its mission and programming, to Lost&Found.

Board members of SJ4H, which has been run entirely by volunteers, see the integration with Lost&Found as a way for SJ4H to have a bigger impact and get closer to reaching its potential.

“Survivors Joining for Hope is tremendously excited at the opportunity to unite with Lost&Found,” said SJ4H Founder and Executive Director Brad Hearst. “Alliance of the two organizations brings the opportunity to support a larger audience and grow SJ4H’s programming to levels that our present capacity didn’t allow. The mental health community and survivors of suicide loss will now have greater support structure throughout South Dakota.”

Lost&Found sees the addition of SJ4H’s programming as a way to expand its work addressing the scourge of suicide in South Dakota and the surrounding region.

“We have been honored to partner with Brad Hearst and Survivors Joining for Hope (SJ4H) over the past six years to prioritize and support suicide prevention efforts in our community,” said Erik Muckey, Executive Director and CEO of Lost&Found. “The Lost&Found team is energized by the opportunity to join forces and continue the impact of SJ4H and its programs and financial assistance for suicide loss survivors for decades to come.”

Stakeholders from both organizations are working together to shape how SJ4H’s work will continue as part of Lost&Found. These are some of the changes that will be part of the integration:

The work of the Survivor Support & Resource Network, the development of postvention policies, and the Youth Prevention Program will be done with new staff and community partners. These programs will be rolled out in coming months.

“Our hope is that, through unification with Lost&Found, we will be able to provide direct support to the youth throughout our service area,” Hearst said. “We felt that L&F had the infrastructure and programming to bring both our survivors loss support program and youth program to a new level. The goal will be to bring loss support programming to college-aged students and younger as well as to grow our peer-to-peer support network.”

About Survivors Joining for Hope

Survivors Joining for Hope was founded in 2016 by Brad Hearst of Sioux Falls, S.D., after his brother died by suicide. The name of the organization honors his brother, Sergei Joseph Hearst, through its initials. SJ4H was founded to provide funding to families that had suffered a loss by suicide so they could focus on grief recovery instead of financial pressure.

The board initially had four members; over six years, it grew to 11 members. By 2022, the organization’s initial focus on the Sioux Empire had expanded to cover the entire state of South Dakota and beyond—SJ4H has served people from nearly every state on the East and West Coasts. Its programming also expanded to include a support network, support groups, and suicide prevention programming for youth.

Lost&Found was founded in 2010 by five high school graduates from South Dakota who were motivated to “do more” to prevent suicide. For the first eight or so years, Lost&Found’s work was centered on its campus chapters, which raised awareness of mental health needs and advocated for suicide prevention policies.

The organization has grown significantly in the past four years—from no employees to 15, from a focus on campus chapters to work in three departments (Student Programs, Education & Advocacy, and Evaluation & Research Services), and from three campus chapters to working with 13 post-secondary institutions in South Dakota and Minnesota. More geographical and audience expansion is coming this year.

The organization is headquartered in Sioux Falls and currently serves communities as far west as the Black Hills and as far east as the Twin Cities. 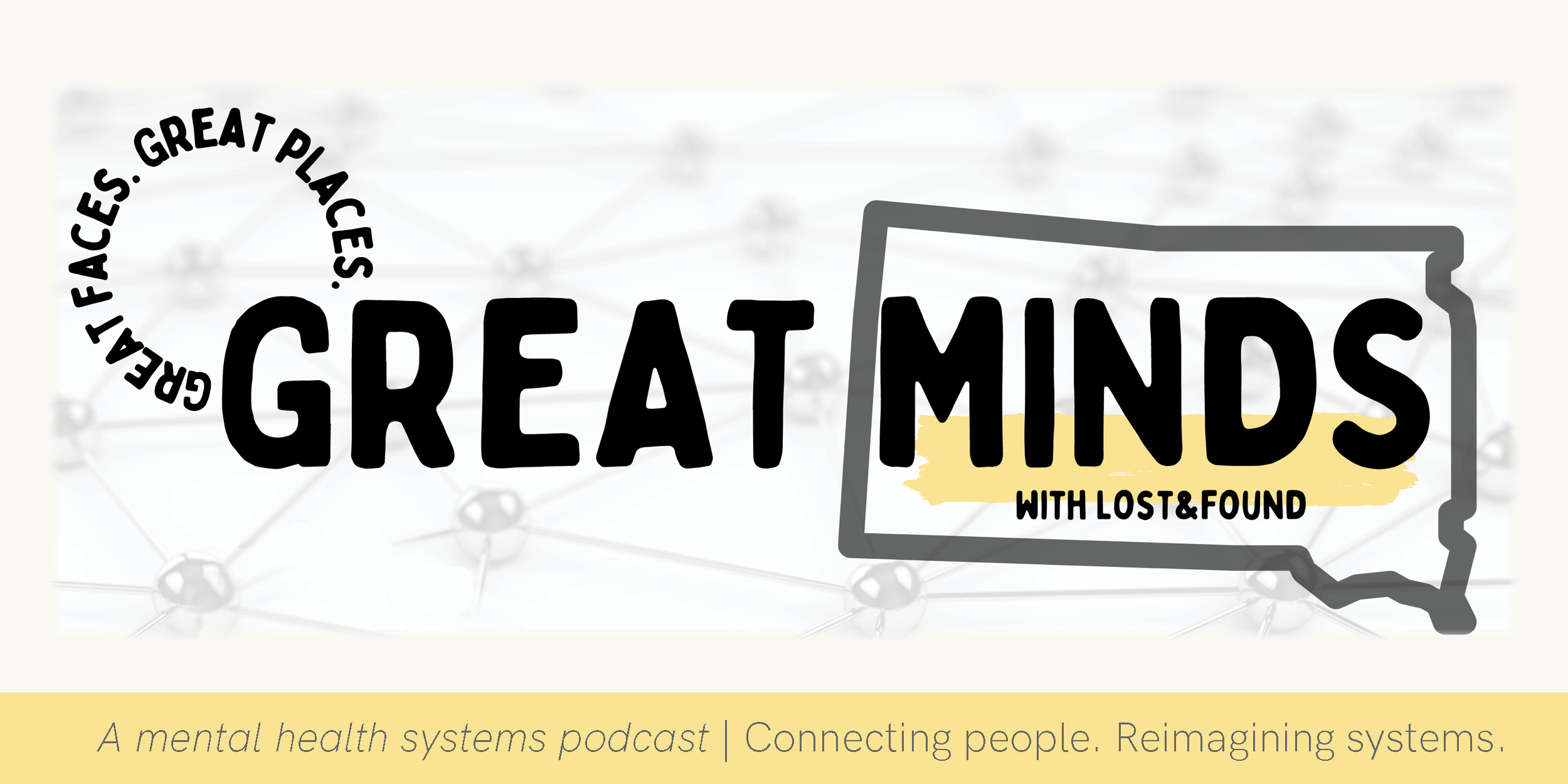 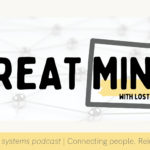 In the kickoff to season 2 of Great Minds with Lost&Found, Erik Muckey, CEO and Executive Director of Lost&Found is on the show to discuss the work L&F does to prevent suicide among youth and young adults (10-34) using the seven strategies outlined by the CDC (Preventing Suicide: A Technical Package of Policy, Programs, and Practices). To effectively prevent suicide, systems currently in place must be reimagined to be inclusive of all people. How does that happen and what does that look like? We dive into that in this conversation.

In this conversation, Cody Ingle shares his perspective on suicide prevention from the lens of someone who has working in the LGBTQ+ space and identifies as a gay man. We break down social structures and chat about systems that impact the queer community and how that leads to increased risk of suicide.

To learn more about suicide risk and impact on the LGBTQ+ community, check out the following link from the Trevor Project – trevor01_2022survey_final.pdf.

Brad Hearst, Founder and President of Survivors Joining for Hope, a newly acquired program of Lost&Found’s, is on the show to talk about the economics of prevention, intervention, and postvention of suicide.

The project, titled “30 Days, 30 Stories: Let’s #DoMore to Prevent Suicide,” will tell the stories of 30 youth and young adults from the state of South Dakota who have faced and overcome adversity resulting from mental health challenges and/or suicide ideation, risks, attempts, and loss. As South Dakota faces record suicide rates, the need to share and understand what resources are most helpful to someone who may be struggling with mental health condition(s) or suicide ideation is greater than ever. For every day of September, one story of resilience will be released online to share a message of hope and help to those who may be struggling.

As an organization focused on providing comprehensive suicide prevention resources for youth and young adults 10-34 in South Dakota and the surrounding region, Lost&Found’s goal for this project is to increase access to statewide mental health and suicide prevention resources that young adults and families find relevant to their experiences, identities, and communities. The project is also meant to create conversations in our communities about what will make the greatest difference in someone’s life.

Lost&Found conducted the first #30Days30Stories project last year. Those stories reached an impressive number of people through social media channels and also yielded insights on the empowering possibilities of storytelling.

Why are we conducting a storytelling project?

An honest, heartfelt story has the power to change hearts and minds. As South Dakota and the surrounding region face continually rising suicide rates, we’ve asked individuals to share their stories of resilience to lend hope, opportunities for conversation, and resources to South Dakota communities.

As an organization focused on providing comprehensive suicide prevention and postvention resources for young adults 10-34 in South Dakota and the surrounding region, Lost&Found has three main goals for this campaign:

We invite you to submit your story.

If you have gone through a mental health challenge or felt the impact of suicide, this project is an opportunity for you to be empowered by sharing your story. You can help someone in similar circumstances navigate the challenges and resources necessary to find their own hope and resilience.

We recognize that sharing a story is a personal decision that may involve grief, trauma, and vulnerability, and we completely respect and understand if this is not something you wish to do. There are other ways to support the goals of the project if that is of interest.

Your story could help to spread a message of hope, help, and resilience. Go to the link below to share your story.