Survivors Joining for Hope is a direct service program providing financial support and resources to individuals and families who have lost a loved one to suicide. You are not alone in your grief; we are here to walk alongside you.

The SJ4H program provides financial assistance to individuals and families experiencing financial hardship due to a recent loss by suicide. Our most common assistance is for funeral expenses; however, we can help with a variety of costs associated with the loss of your loved one. All giving parameters can be found on our application page.

Resources for Survivors of Suicide Loss

Looking for more information on topics like grief? Need help finding a support group? Looking to get connected to other supportive programs? We can help. Connect with SJ4H Coordinator Dakotah Jordan at djordan@resilienttoday.org and check out our resources page.

History of Survivors Joining for Hope

Survivors Joining for Hope began as a nonprofit organization founded in 2016 by Brad Hearst of Sioux Falls, S.D., after his brother died by suicide.

The name of the organization honors his brother, Sergei Joseph Hearst, through its initials. SJ4H was founded to provide funding to families that had suffered a loss by suicide so they could focus on grief recovery instead of financial pressure. 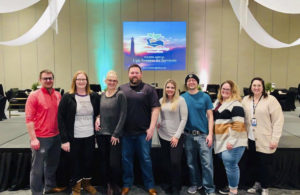 The SJ4H board initially had four members; over six years, it grew to 11 members. By 2022, the organization’s initial focus on the Sioux Empire had expanded to cover the entire state of South Dakota and beyond—SJ4H has served people from nearly every state on the East and West Coasts. Its programming also expanded to include a support network, support groups, and suicide prevention programming for youth.

On August 1, 2022, Survivors Joining For Hope disbanded as a separate organization, and its work and mission became part of Lost&Found as a new department focused on postvention services.