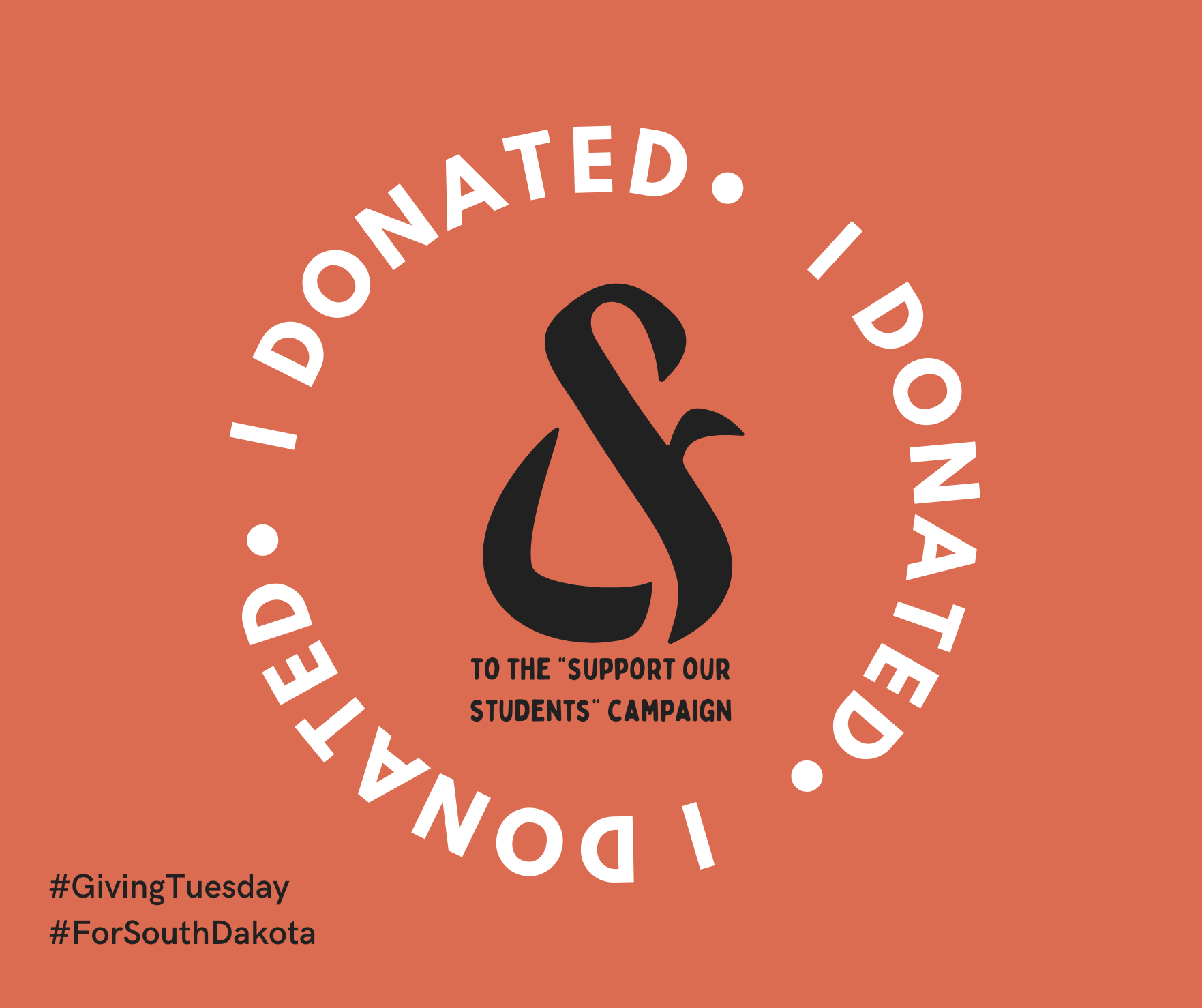 Lost&Found had set an ambitious goal for Giving Tuesday 2022: Receive donations from 150 donors to unlock a $15,000 challenge gift from Lost&Found supporters Ken & Pat Duncan. That goal was achieved on November 29 with donations from 157 donors, and included more than 60 new donors to Lost&Found. The grand total for fundraising from the event, including the challenge match, was over $34,000.

The campaign was called Support Our Students and provided funding for Lost&Found’s three student programs on college campuses in South Dakota and Minnesota. These programs equip young adults with the tools and knowledge they need to address and advocate for their own mental health needs, provide support to others, and change systems that treat mental health.

Giving Tuesday includes an intense day of social media activity, giving nonprofits such as Lost&Found the chance to reach hundreds of people in one day.

The South Dakota Day of Giving organizes challenges throughout the day that give nonprofits a chance at prizes. This inspired posts such as this one about breakfast:

The social media campaign was in large part organized and implemented by Lost&Found’s Community Engagement Manager Joel Kaskinen. Through these and other posts that provide information about Lost&Found’s work and why it matters, Giving Tuesday helps to build the organization’s online community, as well as increase financial support for its suicide prevention work.

Thank you to all who gave on Giving Tuesday, and to Ken and Pat Duncan for their challenge match!