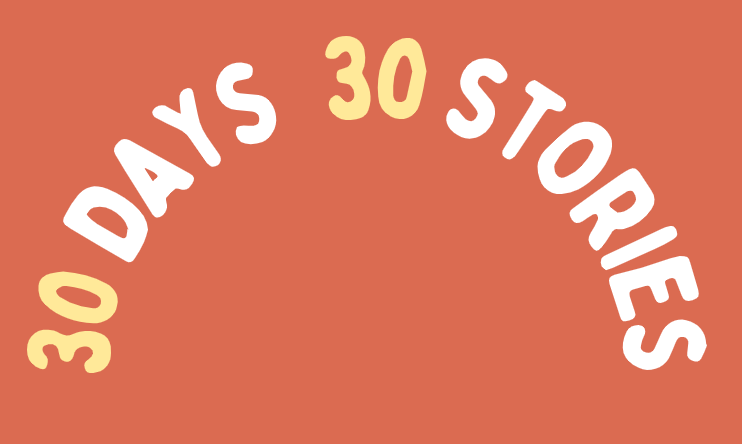 Thirty storytellers shared their stories of struggles with mental health and how they are finding resilience as part of Lost&Found’s 30 Days, 30 Stories project, which was part of National Suicide Prevention Month in September. Here, we reflect on what we learned from the project.

1. Finding storytellers was easier than it was in our first year, but challenges remain.

2. We made improvements in recruiting stories that represent the diversity in our communities.

“I think the attempt to find diverse stories helped show that we were inclusive, and that mental health does not discriminate,” Renes said. “It put faces to the work we are doing.”

3. Storytellers gave a wide variety of resources that helped them find resilience.

“The resources showcased emphasized that when looking at recovery and maintaining positive mental health, there is not a one-size-fits-all approach,” Renes said. The categories of resources suggested were professional mental health care (31 percent), family and friends (20 percent), other strategies (20 percent), support groups (14 percent), educational resources (10 percent) and crisis resources (4 percent). (Most storytellers cited more than one resource.)

4. Storytellers shared a message of hope: It is possible to improve mental health.

The project had an impressive 183,455 impressions across all media! Here are some additional statistics on the reach of the project through the web, social media, and the Great Minds with Lost&Found podcast: 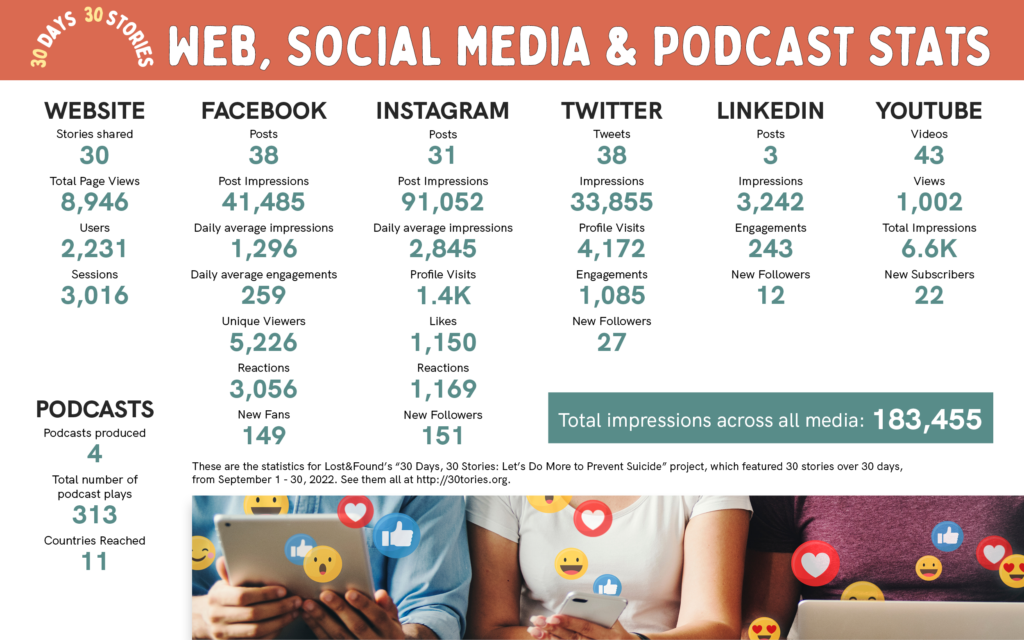