Suicides in South Dakota increased to a record level last year, according to provisional data released by the South Dakota Department of Health in April. 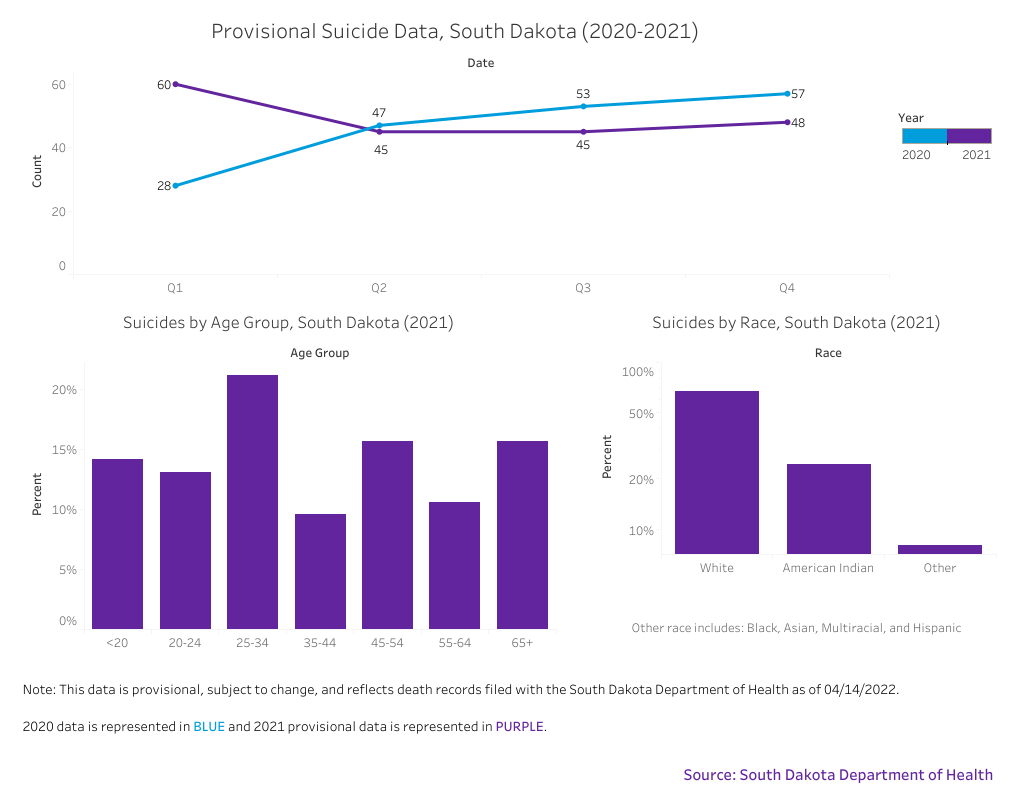 “The particularly strong impact on youth and young adults is concerning for the future of our state,” said Erik Muckey, CEO and Executive Director of Lost&Found.

The timing of the increase—with more suicides in the second, third, and fourth quarters of 2020 and the first quarter of 2021—suggest that the increase is at least in part related to the COVID-19 pandemic.

“While we continue to analyze underlying factors for this record, we know that the pandemic impeded many of the protective factors against suicide while increasing certain risk factors for suicide,” Muckey said.

These are some of the protective factors that prevent suicide that were affected by the pandemic:

The pandemic also increased some of the risk factors that increase the risk of suicide:

Just because suicides increased during the pandemic does not mean, unfortunately, that the end of the pandemic (whenever that is) will result in lower suicide rates. Research suggests that the mental health effects of the pandemic will last beyond the reduction of physical illness in society, especially for those more closely and seriously affected by Covid-19. Pandemic-related poorer mental health and increased risk of suicide is likely to exist for some time to come.

We can, however, learn from this moment. The pandemic has shown what happens when much of society sees a reduction in the protective factors that can prevent suicide, and an increase in the factors that can increase risk of suicide. Enacting policies and programs that protect people from suicide and reduce the risk of suicide—especially for those most at risk—can save lives.

Since the factors that lead to suicide come from all levels of society—within individuals, but also in relationships, in communities, and in society as a whole—suicide prevention requires a systemic approach. Lost&Found is one organization out of many working on suicide prevention, but more people, organizations, schools, and workplaces need to get involved in the work of building up protective factors and reducing risk factors.

“The more comprehensive our suicide prevention efforts become, the more effective they will be,” Muckey said. “That is absolutely essential to saving lives.”